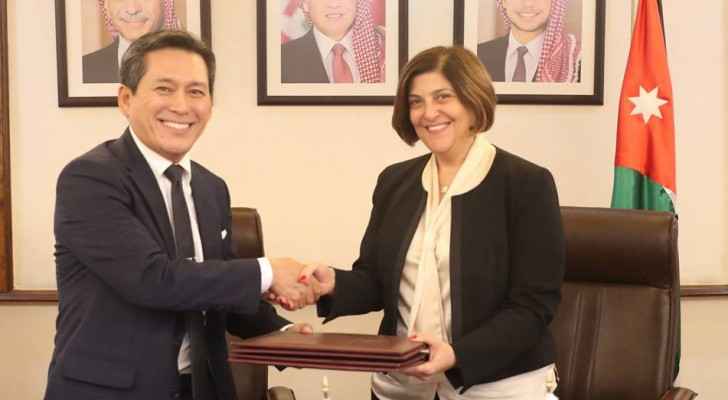 A 2018-2020 scientific and cultural exchange program was signed by the Jordanian and the South Korean government on Thursday, August 30, 2018.

On behalf of the Jordanian government; Minister of Planning and International Cooperation, Mary Kawar, signed the agreement along the South Korean representative; Ambassador Lee Bom-yon.

The agreement, which includes various fields of cooperation –including education, culture, tourism, archeology, media and sports – complies with the current vision of the Jordanian government in boosting the bilateral relations with South Korea.

Kawar stressed that the program will result in flourishing the collaboration between the two countries in many sectors, such as educational scholarships, exchanging expertise, participating in conferences and training workshops, as well as encouraging cooperation between news agencies and media-related institutions. The implementation will be carried out by each field’s relevant institutions, Kawar added.

As for the South Korean Ambassador, Bom-yon expressed his content in the program that represents an important step forward in enhancing cooperation and contributing to the development and strengthening of relations between the two countries.

The exchange program comes as an extension to an already deep-rooted relationship between Korea and Jordan. Earlier this month, Former Prime Minister, Faisal Al-Fayez, met with Spokesman of the National Assembly of South Korea, Moon Hee-sang, and Deputy Prime Minister, Kim Dong-yeon, in the presence of the Jordanian Ambassador to Korea, Dr. Adel Aldaileh, where they discussed plans of further advancing means of collaboration. London Initiative: Details of agreements and ....

London Initiative: Details of agreements and ....