Walid Assaf was shot in his left ear. (Roya) 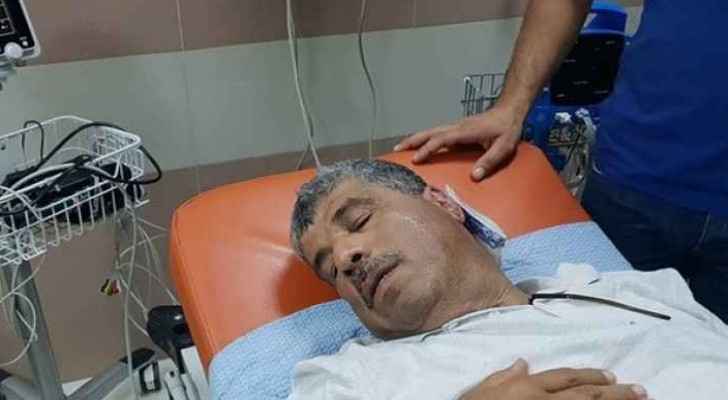 Palestinian minister and chairman of the Commission against the Wall and Settlements, Walid Assaf, was injured on Thursday after being shot with rubber-coated bullets by Israeli soldiers in the village of Ras Karkar, near Ramallah in the occupied West Bank, the Palestine News Agency (WAFA) reported.

At the time of the incident, Assaf said that he was peacefully protesting against Israel’s plans to confiscate lands in Ras Karkar. Others were also injured during the non-violent procession.

Assaf was shot in his left ear, while two of his escorts suffered injuries in the hand and leg areas. The injured were all rushed to a hospital in Ramallah for treatment.

Despite his injury, Assaf called for further protests against Israel’s injustice and the illegal stealing of Palestinian land.

Father of Jordanian attacked in Indiana ....