Ammanis, this solar power bench will keep your phone going and going

The bench is equipped with a mobile phone charger. (Facebook) 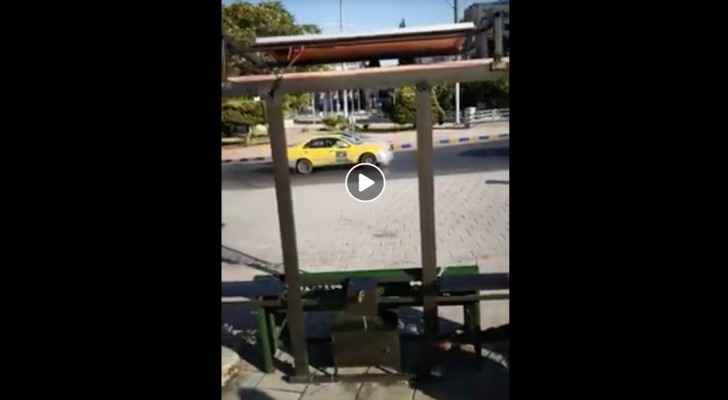 The Greater Amman Municipality (GAM) has come up with a super idea which serves both the environment and the city’s citizens.

A video emerged on social media of a park bench in one of Amman’s streets, but with a twist!

Sitting on top of the shelter covering the bench is a solar panel attached to a generator, which has USB cables extending out of it for charging different mobile phone models.

Anyone who needs to charge their mobile phone while out and about in the city can do so using the electricity generated by the sun.

GAM is headed in the right direction with their environmentally-friendly bench, and while many social media users were thrilled by the idea, others wondered just how long it would take before the bench has been vandalized.

Many joked - with some truth to their sarcasm - that street vendors will most likely get their hands on the USB cable chargers sooner than later and sell them.

Law-abiding citizens urged Jordanians to treat GAM’s property with respect and take care of it.

The solar energy potential in Jordan is enormous, however, it remains underutilized in the Kingdom, which “lies within the solar belt of the world with average solar radiation ranging between 5 and 7 KWh/m2, which implies a potential of at least 1000 GWh per year annually,” according to EcoMENA.

By the year 2020, Jordan is hoping to increase its use of this form of renewable energy and equip 30% of all households with solar water heating system.