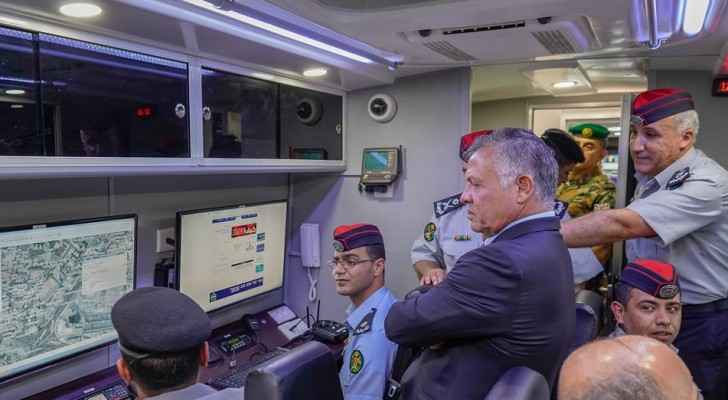 His Majesty King Abdullah II, the Supreme Commander of the Jordan Armed Forces-Arab Army, visited the Civil Defence Directorate (CDD) on Monday, August 27, 2018, where he checked on the level of proficiency and on the services provided by the Directorate.

Received by the Director General of CDD, Major General Mustafa Abed Rabbo Al-Bazaya, His Majesty was briefed about the Directorate’s future plans for developing and improving its performance and levels of provided services.

The King stressed the importance of sustaining the level of professionalism that the Directorate currently has. He expressed his pride in the members of the Directorate and in their continuous efforts in serving the citizens.

During the visit, the King also checked the latest and most advanced command-and-control vehicle unit. The vehicle features a top-of-the-line communication system that monitors actions on the ground via shield-installed cameras, which enables it to efficiently conduct mobile operations on major road accidents.