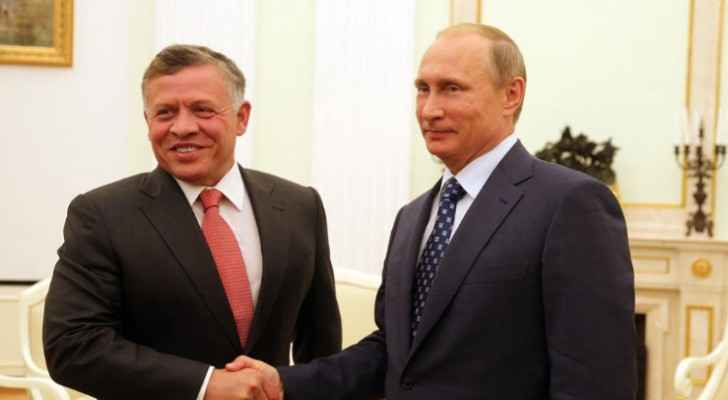 In the conversation, the two leaders expressed their pride in the distinguished bilateral ties and the advanced level of relations between their countries. They noted the fruitful longstanding collaboration witnessed by the two sides over the past decades, stressing their commitment to continue developing and improving the cooperation between their corresponding ministries and agencies in various fields.

Putin expressed condolences over the Jordanian martyrs who lost their lives in the Fuheis terrorist act and the raid on their hiding place in Salt.

The telephone conversation focused on the importance of maintaining their countries’ joint efforts in fighting terrorism within a comprehensive strategy as well as achieving security and stability in the region and the world.

The Russian leader also greeted His Majesty and the Jordanian nation on the occasion of Eid Al-Adha Islamic holiday, which coincided today, the Kremlin press service reported on Tuesday.