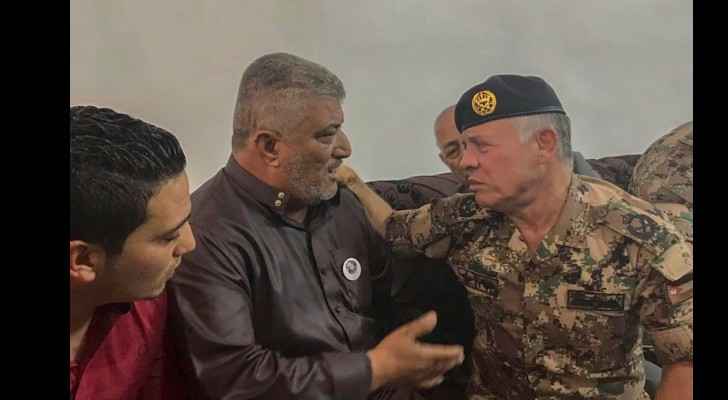 His Majesty King Abdullah II, the Supreme Commander of the Jordan Armed Forces-Arab Army, was in Souf area, Jerash Governorate to visit the family of martyr Warrant Gendarmerie Officer Ali Qoqazeh who died in the terrorist explosion in Fuheis.

In the visit to Qawqaza's house, His Majesty was accompanied by the Royal Hashemite Court Chief, Adviser to His Majesty and Director of the Office of His Majesty.

Qouqazeh’s military funeral took place on Saturday, August 11, 2018 in the city of Jerash, north of the capital Amman. It was attended by the Minister of Interior, Samir Mubaidin, security officers, government officials, and hundreds of civilians.

King departs Washington for UAE to extend condolences over ....

King departs Washington for UAE to ....