Razzaz to Roya: Blessed are the souls of our martyrs 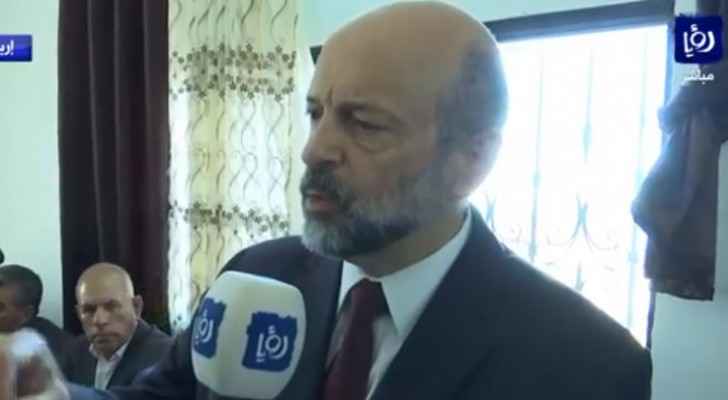 Jordanian Prime Minister Omar Razzaz told our Roya reporter that those who sacrificed their lives for the sake of protecting their counrty are "blessed and honored."

Visiting the house of martyr Sergeant Mohammad Hayajneh in Irbid to offer his condolences, Razzaz stressed that "national unity will always stand in the face of those who attempt to tamper with the security of our homeland."

"Though they try to target Jordan," he added, our unity frightens these coward enemies.

"We are protected by our brave and strong joint Security Forces, who are capable to bring these terrorists to justice."

Razzaz added that the government strives to provide the public with the most accurate information, but in order to protect citizens and for the sake of the integrity of the investigation, it is always advised to refer to official sources for all updates and news.

The funeral, which took place earlier on the same day, was attended by various government officials, military officers, public figuers and civilians.