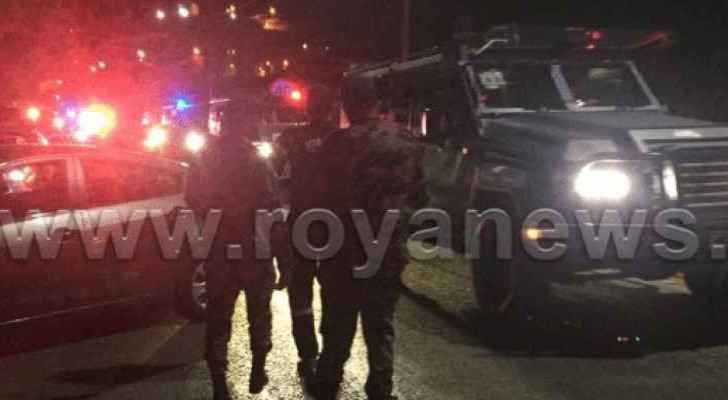 The Jordanian government formed a special Crisis Management Unit on Saturday night to keep track of the latest developments on the Salt raid, an operation which took place to catch the suspects involved in Friday’s Fuheis attack.

A key role of the Unit’s is to keep citizens informed about the latest happening in the operation and to ensure that no false information is being circulated on social media.

During his visit to the General Directorate of Gendarmerie on Saturday, Razzaz said that “Jordan will forever stand firmly in the face of vicious terrorism.”

With the completion of the Salt raid, security forces arrested five suspects, while three bodies were pulled from the rubble of the building where the suspects were hiding, Jumana Ghunaimat, Minister of State for Media Affairs and Government Spokesperson, said on Sunday.

Part of the building exploded during the raid, which is said to have been detonated by one of the suspects. The Salt municipality said that it will be demolishing the house once the operation has completely ended.

Many countries, civil communities and official organizations expressed their strong condemnation and denunciation of the cowardly attack on Fuheis, and voiced their support for Jordan in its “battle against terrorism.”