Security forces arrest one of the suspects involved in the Fuheis attack. (Roya) 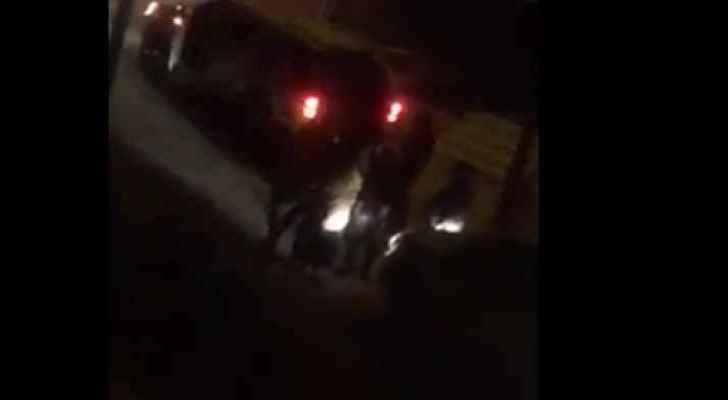 Security forces arrested one of the suspects involved in the Fuheis attack on Saturday night during a raid in the city of Salt, which involved heavy fire and resulted in the death of four officers and the injury of 24 others, according to the Minister of State for Media Affairs and Government Spokesperson, Jumana Ghunaimat.

The footage below shows the moment the suspect was arrested tonight.

Ghunaimat has urged citizens not to gather near the scene of the operation or the Salt General Hospital, in order to allow security forces to perform their job without any obstacles in the way.

The operation resulted in heavy fire between the security forces and the suspects, who refused to hand themselves in to the police and detonated the building they were taking refuge in, which resulted in parts of it collapsing to the ground.

The Public Prosecutor announced on Saturday night that publishing names related to the raid of Salt is prohibited until the official investigation is over.

As the raid operation is still undergoing, more security force members have been called to the scene where heavy fire exchange is also taking place.