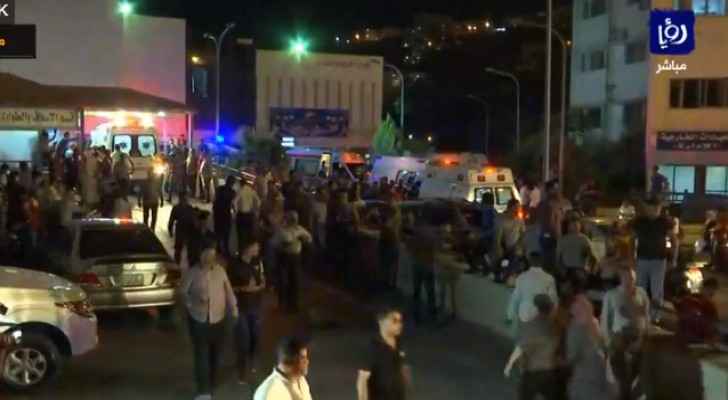 A joint security force conducted a raid on Nagb Al Dabbour area in the city of Salt as of now, Saturday night of August 11, 2018.

According to preliminary reports, the raid is linked to the perpetrators of the terrorist bombing in Fuheis, which killed a Darak Sergeant and wounded six others.

Initial reports state a total of 21 are injured in the security raid so far, a medical source told Roya on Saturday Night, August 11, 2018. Another report stated that one of the security officers has been killed, but nothing has been confirmed so far.

Officials have urged residents in the area to donate blood to their nearest medical center, because the number of injuries is increasing, Roya reporter from the scene added.

Roya reporter, who appeared live on Nabd Al-Balad minutes ago, stated that reports say that the building that was raided has been recently leased to a number of young people whose identities have not been officially announced yet.

Exclusive to Nabd AlBalad, officials announced that three of the terrorists involved in the attack were arrested.