The boy was saved by passerby. (Hurriyet Daily News) 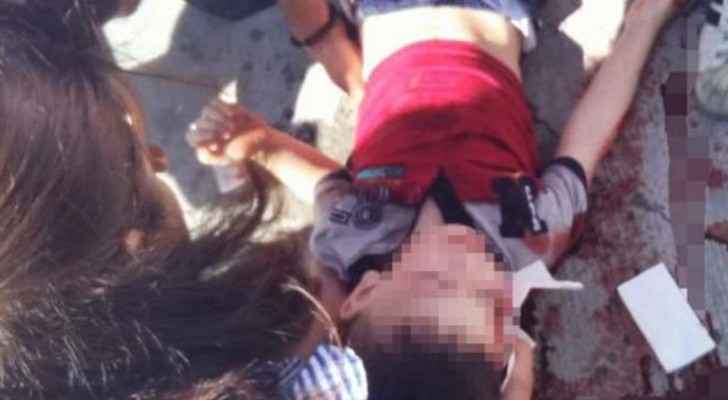 A Saudi father was arrested in Istanbul after violently beating his son in front of passersby in one of Esenyurt's busy streets, a district of the Istanbul Province, Turkish news agency Ihlas reported on Monday.

After hitting the four-year-old several times all over his body, the man, who has been identified as Nidhal Mohammed Tmraz, grabbed his son’s head and bashed it against metal barriers, and then picked him up and threw him to the ground multiple times.

Passersby were shocked by what was happening to the young child and managed to grab him away from Tmraz’s grip.

Muhammet Yunusoğlu saved the boy’s life, whom he said noticed was in trouble while sitting at a nearby cafe.

After getting closer to the child, he found him drowning in a pool of his own blood; he applied first aid on him and quickly transferred him to a nearby hospital.

According to Yunusoğlu, the child’s health condition is critical.

Local media said that the parent is suffering from a psychological illness.

The angry crowd, including a number of drivers who stopped their cars to intervene, attempted to lynch the man, but he was saved by a plainclothes officer.