A group of residents from Deer Al Se’neh found the statues while exploring the cave on Monday. (Roya) 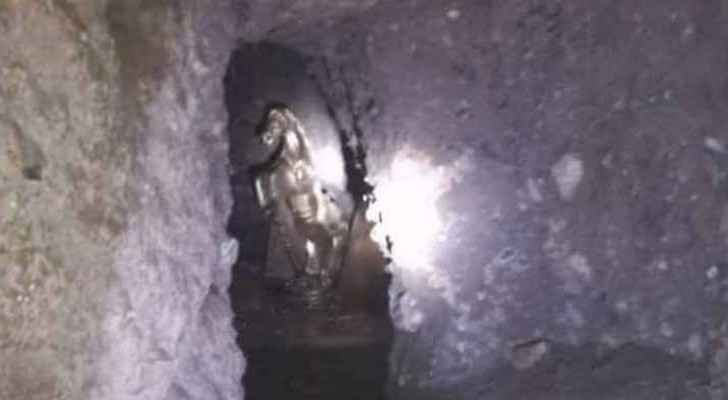 What’s the story behind the gold horse-shaped statues found in a cave in Irbid? Director of Irbid’s Antiquities Directorate, Amjad Al Bataineh, explains.

Bataineh told Roya that “the statues found in the Deer Al Se’neh cave were fake and made out of gypsum.”

The statues were rumored to be made out of gold because they were painted in a colour similar to the precious metal, Bataineh explained.

A group of residents from Deer Al Se’neh found the statues while exploring the cave on Monday.

The official said that the criminals who planted the statues in the cave were planning on illegally selling them under the pretense that they were genuine and of high value.

An investigation has been opened to look into the details of the case and find the culprits.