The lightning-filled clouds were enough to scare even the bravest of us. (Tendancecoatesy.wordpress.com) 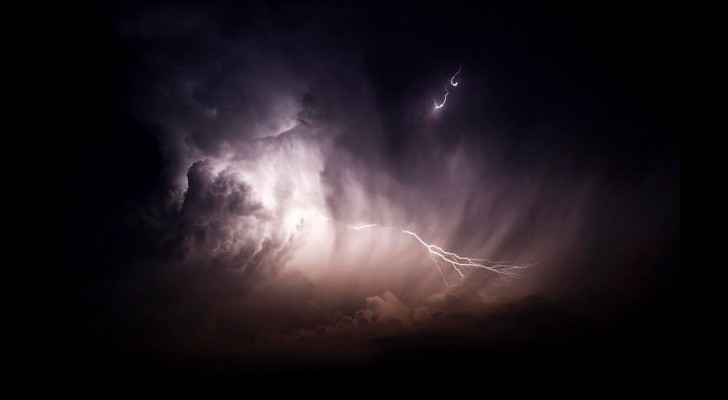 If you’re afraid of flying, look away now.

A Saudi pilot shared a critical moment from the cockpit during one of his flights to Riyadh, where he put years of training into practice by avoiding what could have been a dangerous incident.

The Captain took a Snapchat video documenting how he maneuvered his way around several large lightning-filled clouds.

Narrating to his audience how the weather radar system in the cockpit works, he showed them what the clouds look like on the system (coloured in red for “danger”), before zooming in on the real deal from his front-row seat.

As mesmerizing as the view might have been, the non-stop lightning looked hazardous enough to scare even the bravest of frequent flyers.

Once the pilot avoided the clouds and was back on the aircraft’s original route, it was both a relief and a great reminder of how technology and human skills are capable of doing almost anything in today's world.