The King visits the General Command of the Armed Forces (JAF) 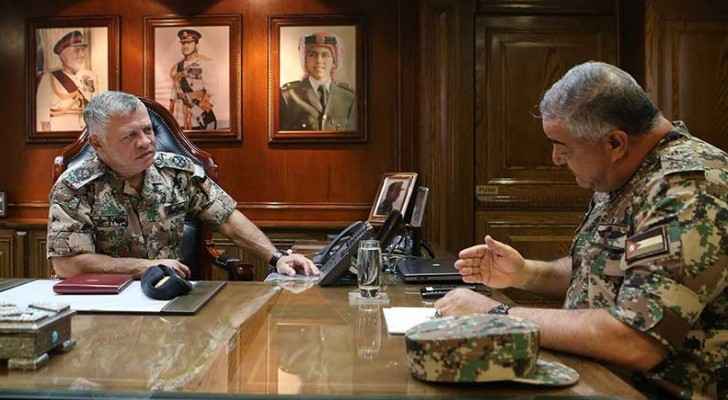 His Majesty King Abdullah met with Chairman of the Joint Chiefs of Staff Lt. Gen. Mahmoud Freihat on Thursday, August 2, 2018.

During the meeting, which took place at the General Command of the Jordanian Armed Forces (JAF), Freihat updated His Majesty on the secured status along the Kingdom border.

Freihat affirmed that the armed forces –in full cooperation with all security services— are fully prepared and ready to efficiently deal with any confrontations or attempts to infiltrate Jordan that might arise near the northern border with Syria.

The King praised the excellent level of preparatory work, advanced level of organization, readiness, and serious training of the armed forces in their various fields of operation.

His Majesty also thanked JAF personnel for their remarkable role in providing humanitarian aid to Syrian refugees across the border.