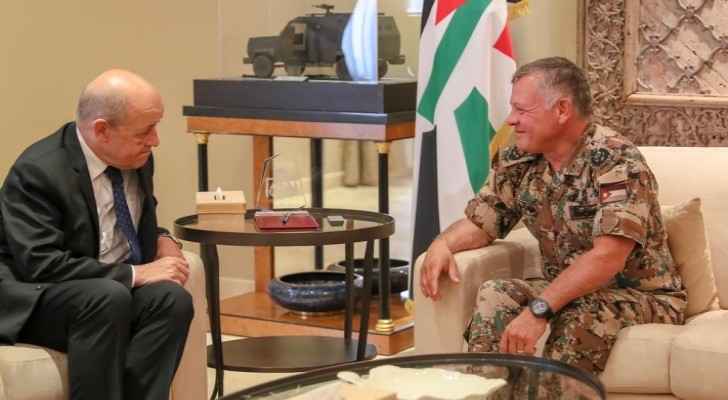 Jordan's Minister of Foreign Affairs, Ayman Safadi, met with Le Drian earlier on the same day where the two discussed bilateral ties and later held a press conference at the Jordanian Foreign Ministry headquarters in Amman. Safadi and Le Drian during the press conference

The two ministers discussed latest developments between the countries. They also came across regional issues concerning the Palestinian-Israeli conflict, the Syrian crisis, and ways to resolve both.

Safadi thanked France for its continuous support, pointing out that the issue of refugees is still a major concern and that Jordan is still committed to providing health and education to refugees residing in Jordan.

Le Drian expressed his gratitude towards Jordan’s humanitarian role in aiding the Syrian refugees. "I know that Jordan pays a great deal of money to the refugees," he added.

France is currently the largest investor in the Jordanian market along with being the most increasing trade-cooperative foreign country in the local market.