Governmental quality control supervisors will be disguised as patients. 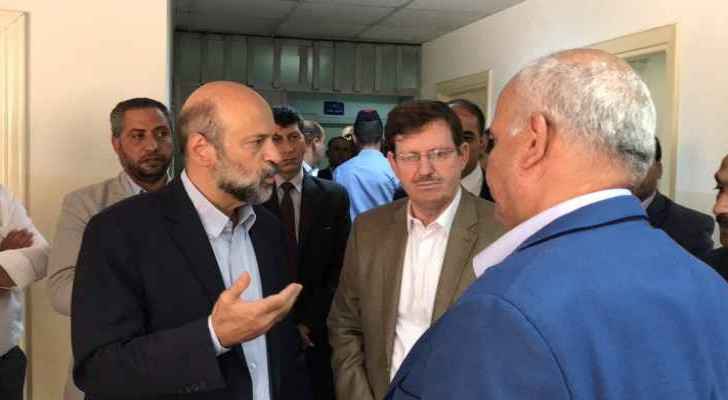 Razzaz, who deliberately arrived unannounced, was accompanied by Jordanian Minister of Health, Mahmoud Sheyyab, in order to get firsthand information about the hospital’s performance and medical services provided.

Months earlier, His Majesty King Abdullah stressed on the importance of improving Bashir’s services as it is one of the largest civilian hospitals in Jordan and serves patients from all over the Kingdom.

In response to various complaints regarding its deteriorating services, Razzaz personally toured sections of the hospital –including the Cancer ward and the Emergency Room— where he talked to various patients and members of the medical staff.

Razzaz announced that the government will be conducting various random quality-control checks on all public hospitals. The QC supervisors will be disguised as patients, he added.

Governmental inspections will include thorough statistics about hygiene, staff performance, efficiency of the procedures and much more. Each hospital will be evaluated according to these reports, Razzaz confirmed.

Minister of health visits injured of house fire in Irbid

Minister of health visits injured of ....