Shelter opens for Jordanian women at risk of honour crimes

Hala Lattouf tours a shelter house for women, which she inaugurated in Amman, on Monday. (Photo by Rana Husseini) 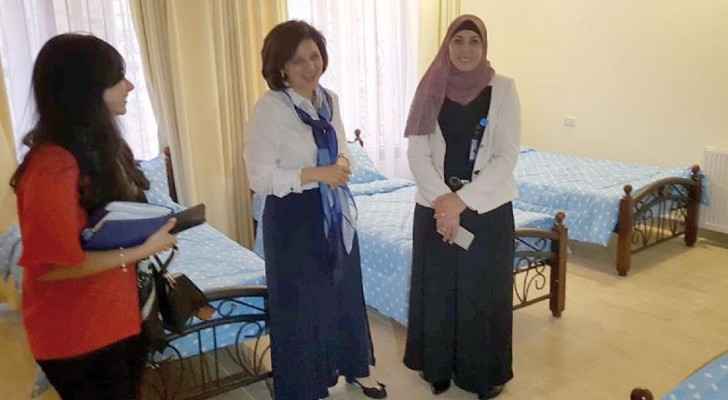 Women whose lives are under threat by family members who could potentially harm or kill them in the name of defending their honour now have a safe shelter to turn to.

“Amneh House” (Amneh translated into safe), a “Guest and Rehabilitation House for Women,” officially opened its doors on Monday with the attendance of the the Minister of Social Development Hala Lattouf.

During the inauguration, the Minister highlighted the government's important role in ensuring the safety of abused women in Jordan, whose lives are threatened by potential honour crimes.

“This is an important day for Jordan because human rights and the dignity of women have always been our priority, and we decided to establish this house because we believe it is the right thing to do,” Lattouf told diplomats and representatives of local and international organisations and various government agencies.

Lattouf added that the “protection of women is something basic in our culture, and HM King Abdullah has instructed everyone in the government to ensure that Jordanian women’s dignity and security are preserved and protected.”

Twenty nine women who are currently staying at the Jweideh Correctional and Rehabilitation Centre (JCRC) for their own safety will be “moved gradually to the guesthouse starting next week,” Lattouf revealed.

Hundreds of Jordanian women were detained at the JCRC for indefinite periods of time, some exceeding 10 years, in the past, under “protective custody.”

During that time, the women were not allowed to leave the facility without the permission of the governor, or a statement by their male guardian promising not to harm them if they were released.

Man charged with murder of his daughter ....