Decentralisation councils back in business 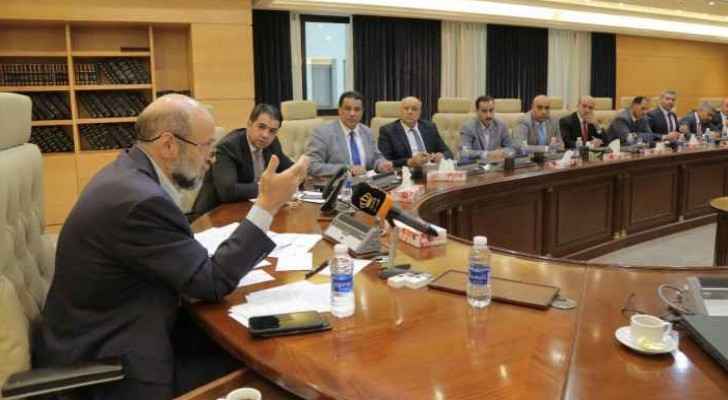 PM Omar Razzaz said during a meeting with heads of the provincial councils (decentralization), in the presence of the Ministerial Committee on Decentralization, on Monday, that his government is aware of the challenges the councils are facing and of the urgent need to address them effectively.

Razzaz said the government needs to reconsider the decentralisation law and tackle the challenges faced by the provincial councils, specifically the budgeting issues.

“We all agree on the importance of enhancing the role of the councils in the fields of services and development to enable the Parliament to execute its basic legislative and oversight roles,” Razzaz said.

Razzaz cited His Majesty King Abdullah on the subject, saying that the King views the decentralization scheme as “an integral part of the concept of comprehensive renaissance to maximize the role of provinces to set citizens' priorities and take appropriate decisions,” reported the state-run new agency Petra.

The Premier noted that "the aim of the project was to find a new approach to decentralize the decision-making process, but on the ground there is still a high degree of centralization."

Razzaz stressed the need for arranging a meeting between the councils’ presidents and the ministers of education, health, and public works to ensure that the councils are granted more powers to do their work.

President of Zarqa Governorate Council, Ahmad Olaimat, thanked the PM for his “swift” response to meet the councils and listen to their concerns, stressing the importance of amending the decentralization law.
Olaimat said that amending the decentralization law will provide the councils with wider authority to acquire state-owned land needed for health and education projects.