Razzaz meets with head of Maronite Church Patriarch of Antioch 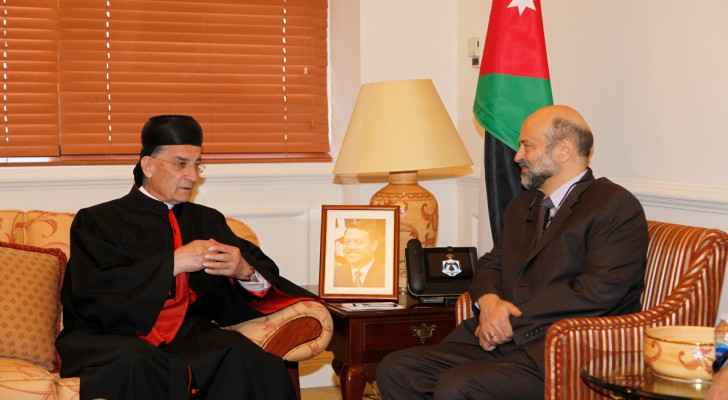 The two addressed the well-established Jordanian-Lebanese relations and how to execute further collaborations between the two.

Razzaz stressed on the importance of having a Maronite church at the Baptism Site (also known as Al-Maghtas) located in the East Bank of the Jordan River. Adding that the establishment of the Church will reflect positively on the area as a touristic attraction.

The challenges that Jordan currently faces on both a political and an economic level was also one of the subjects that Razzaz tackled during the meeting. He added that the Kingdom’s efforts towards achieving security and stability in the region are blessed by His Majesty King Abdullah’s wise leadership, which has always had the independence of Palestine as a priority.

On his side, Patriarch Al Rahi voiced the deep-rooted ties between Jordan and Lebanon, adding that the Hashemite Kingdom of Jordan has always been an embodiment of tolerance and acceptance.