What made Jordan's Foreign Minister grumpy 12 years ago? 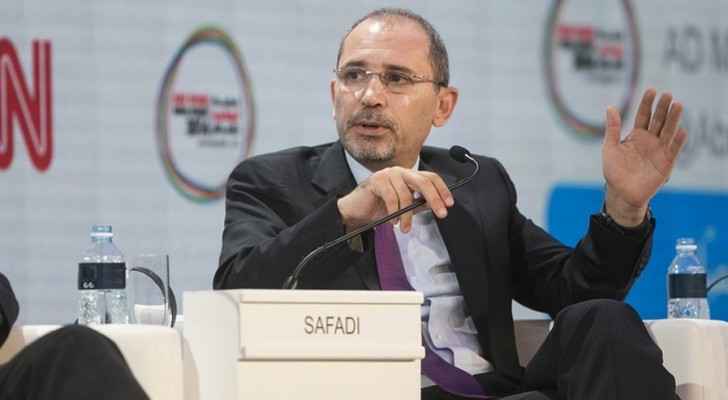 The Minister of Foreign Affairs, Ayman Safadi, received an unexpected public apology from a Jordanian citizen on Sunday, who seemingly needed to get something off his chest about an incident that took place over a decade ago.

Mohamed Hussainy tweeted Safadi’s official Twitter account, saying: “I’m not sure why I’ve just remembered this incident with Ayman Safadi, however, 12 years ago I called him to invite him to attend an event as a speaker… I didn’t like his tone of voice at the time, and I thought to myself: ‘why is he talking to me like that? Why is he a snob?’... I later found out that he was in the US at the time and I’d called him really early and woke him up.”

An amused Hussainy continued: “If you do remember, then I’m sorry hahaha.”

Safadi appeared to be in high spirits when he read the apology and tweeted back: “I can’t remember :) but whatever way I was speaking, it was surely because I was sleeping, that’s all :) much respect to you and I’m always here to help.”

The Foreign Minister isn’t the only official to interact with Jordanians on social media.

PM Omar Razzaz, then the Minister of Education, is famous for his viral Twitter responses and tweets addressing Tawjihi students. One of his sweeter viral posts was addressed to the students who did not pass their Tawjihi exams

"My dear students who did not pass the exam, promise us not to give in to despair. Succeeding on an exam and succeeding in life are two different things. Patience and perseverance we expect from you. From us, you can expect an unlimited number of resits, and an overhaul of the exam to test your skills, abilities, and interests."
So the next time you think of tweeting a Jordanian official, you should very well expect a notification to pop with their name on it.

Safadi warns again of the catastrophic repercussions of ....