20 days without water in some areas of Ajloun

20 days without water in some areas of Ajloun 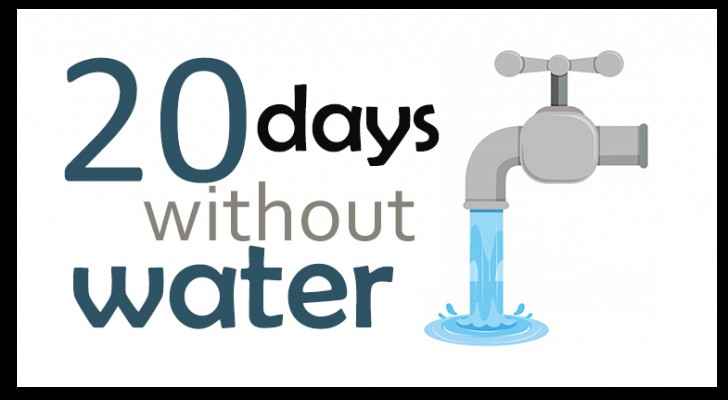 Residents in Ajloun Governorate, a hilly part of northern Jordan, have asked for an increase in the water-ration allocated to the towns of Ein Bustan, Amriya of Kfarnja, and Anjar.

The systemic distribution –which is done according to the supply and demand of each city in the Kingdom— has been a nightmare for Ajloun residents lately, as certain houses have not received water for more than 20 days.

Though few might have found a temporary remedy in purchasing extra water tanks, the majority remained unable to afford such a costly and impractical solution.

The crisis has been diagnosed as a “pumping issue” from the station that connects the resource point, which supplies most of the governorate’s water needs, with the distribution network.

A government official, Mahmoud Titi, urged the Yarmouk Water Company (YWC) to take necessary and fast measures in solving the current problem, which was made worse by the current hot weather conditions.

Minister of Water and Irrigation Munir Awais advised supplying a higher quantity of water to these areas.

The process of pumping 200 cubic meters per hour from the Samad Water Station has already started and is expected to reflect positive results in the coming days, with a stable distribution of water to all areas of the province.