The sheep were killed due to careless driving. (Roya) 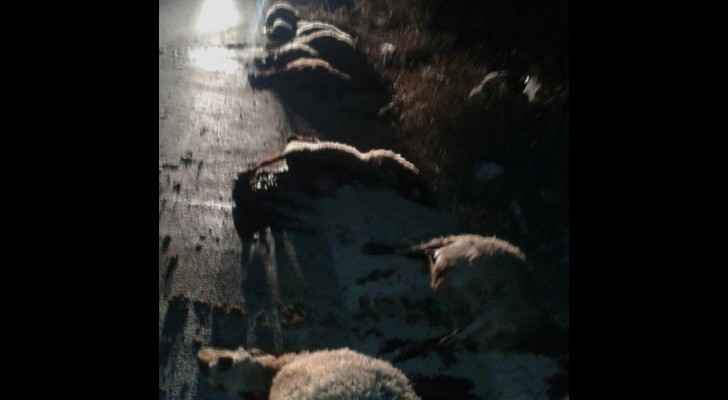 Twenty sheep were killed in a car accident on Sunday night due to careless driving. The accident took place on a countryside lane in Irbid, according to a security source.

This comes just one day after the Central Traffic Department (CTD) launched an awareness campaign warning drivers against using their phones while driving.

Many families’ livelihood depends on herding sheep and goats in Jordan.

A report released by the Department of Statistics in May revealed that there were 3.8 million sheep and goats in the Kingdom in 2017, an eight percent drop from the same period in 2016.

The stats did not elaborate on the reasons behind the decrease in the cloven-hoofed, ruminant mammals.

This Irish town chooses a mountain goat to be its king for ....

This Irish town chooses a mountain goat to be ....

This Irish town chooses a mountain goat to be ....