The agreement reached on Wednesday will see Daraa city, the cradle of Syria’s seven-year uprising, fall back into government control (AFP) 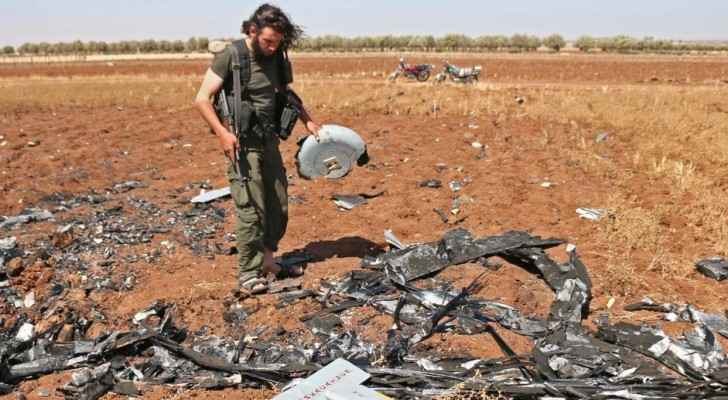 Under a deal brokered by Russia, Syrian opposition fighters in the southern city of Daraa handed over their heavy arms and ammunition to the Syrian government forces on Saturday, while troops raised the Syrian flag once again over the city, the state-run SANA news agency reported.

The terms of the agreement, which were negotiated by Moscow on Wednesday, seeked to get Daraa, the cradle of Syria's seven-year uprising, back under the government’s control. The agreement states that the rebels who rejected the agreement will be granted a safe passage out of Daraa.

The three-phase Daraa Deal was announced on July 6 and will be implemented in a string of so-called “reconciliation” agreements in the eastern side of Daraa first, in the central part of the city second, and finally, in the province’s west part.
According to this plan, the Regime’s forces now hold more than 80% of the Daraa province under their control, UK-based war monitor “The Syrian Observatory for Human Rights” reported.

Syria’s uprising has resulted in the killing of more than 350,000 people and displaced millions in neighbouring countries and some parts of Europe since it started in 2011.

Lavrov and Safadi emphasize need for resumption of contact ....

Lavrov and Safadi emphasize need for ....