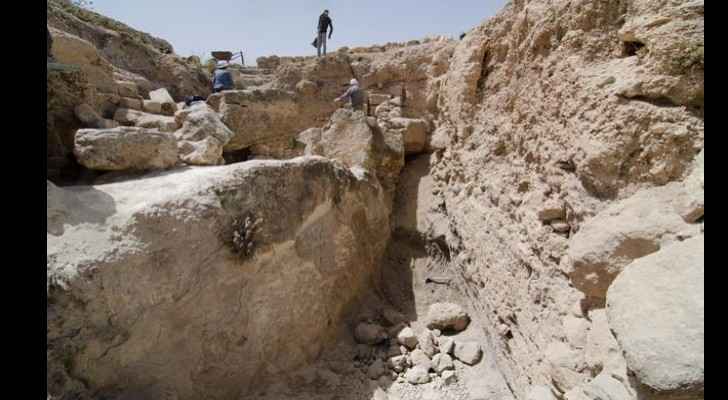 Conferences and celebrations marking the 50th anniversary of the establishment of the Madaba Plains Project (MPP) were organized on Wednesday, July 11, 2018 by both the Department of Antiquities (DoA) in Jordan, Hisban Cultural Association as well as its Municipality.

The celebrations, which took place at the German-Jordanian University and at the community centre in Hisban, were dedicated to the archaeological project in Jordan (MPP).

The project is considered to be the longest in the Kingdom. It also includes three archaeological sites located to the east of the Jordan River in the fertile highlands overlooking the Dead Sea: Tell Hisban, Tell Jalul and Tell Umayri.

The sites were occupied from the Bronze Age until modern times. History instructor at Calvin College and Director of its Archaeology Program, Professor Emeritus Bert de Vris, said in an interview with the Jordan Times that" Hisban project" began in 1968 where he and other scholars built their "archaeological careers on the foundation laid at Hisban.”

Another veteran scholar, Professor Douglas Clark of Near Eastern Archaeology at La Sierra University, underscored that MPP is such a major archaeological project which was done over a very long period of time. Such projects are extremely rewarding, he added.

More than 2,000 participants were engaged in the project over the last five decades, some of whom are life-long professionals in archaeology. Clark stressed on the significance of such an experience where scholars involved got to witnessing major changes and improvements in archaeological theory over the span of years. The radical shifts in applying cyber technologies to the work made it a real adventure, he added.

Co-Director of MPP and one of its founding fathers, Øystein La Bianca, plans to continue mentoring the new generation of researchers. He said that MPP consortium is a unique source for more researches.

Since the completion of the Hisban Expedition in 1982, spin-offs of the MPP have been providing early career training opportunities in archaeology for professors and archaeologists working in Jordan and beyond.

The most important feature of the MPP according to LaBianca, is the scientific collaboration and the constructive criticism which promotes best practices and eliminates biases in methods concerning excavation and interoperation of what is found. He noted, “this is, perhaps, the most important legacy of the MPP where the future of archaeology of Jordan is concerned.”

Prof. Garety concluded, that without the workmen from the villages, and several generations of them, they could not have accomplished what they did. He underlined, adding: “our Jordanian hosts and associates have been such a key part of our success we thought it is appropriate to hold the celebration in the village of Hisban.”