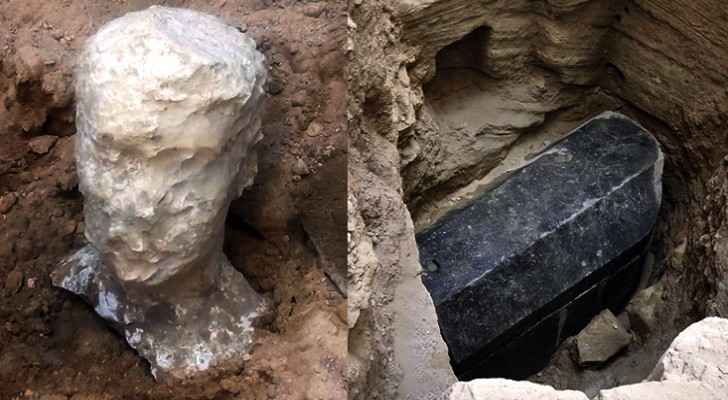 A black granite sarcophagus and a large alabaster head have been discovered in Alexandria, northern coast of Egypt, while construction workers were clearing the site for building. The tomb has been put under guard while experts work out who lies inside the black sarcophagus.

This is the biggest coffin discovered in Alexandria, at 185 cm tall, 265 cm long, and 165 cm wide which could mean that someone of high status rests inside.

Ayman Ashmawy, Inspector for Archeology at the Egyptian Ministry of State of Antiquities, said that the layer of mortar between the lid and the body of the coffin is intact, which indicates it hasn't been opened since it was sealed more than 2,000 years ago. The site dates to the Ptolemaic period between 305 BCE and 30 BCE.

It is a particularly rare discovery as ancient Egyptian tombs have often been plundered or damaged over the centuries.

Jason Daley at the Smithsonian reports that Alexandria developed to be a busy and crowded city throughout the centuries, which makes finding relics a challenge. US returns ancient Gilgamesh tablet to ....