The soldiers rapped together during a short break from training. (Instagram) 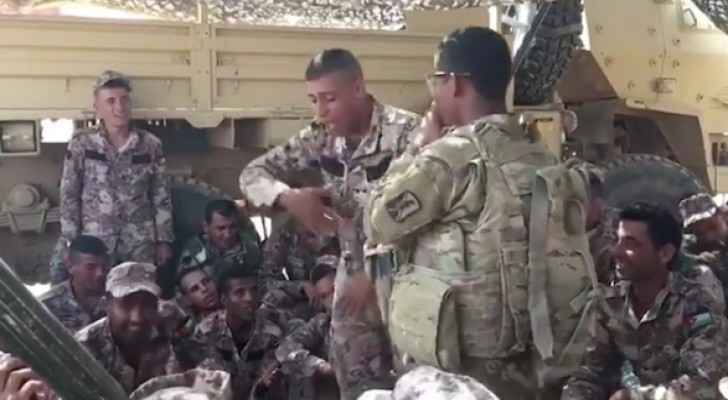 What you’re about to listen to isn’t a rap battle between a Jordanian and an American soldier: it’s a collaborative effort during a well-earned (short) break from training.

The US Embassy in Amman posted the heartwarming video of the two men spitting bars and beatboxing on Instagram, receiving more than 6,600 views in less than 24 hours.

“Our soldiers have talent! We had to share this video of a Jordanian and American soldier rapping together during a short break,” the video was captioned.

It was the Jordanian soldier who did the rapping (in Arabic), while his American counterpart provided a lively beat using just his vocal percussion skills.

All in all, social media users’ response to the video was a positive one, with the majority of Instagrammers cheering on their “amazing and cool” rapping.