The plan is based on bringing four people out each day 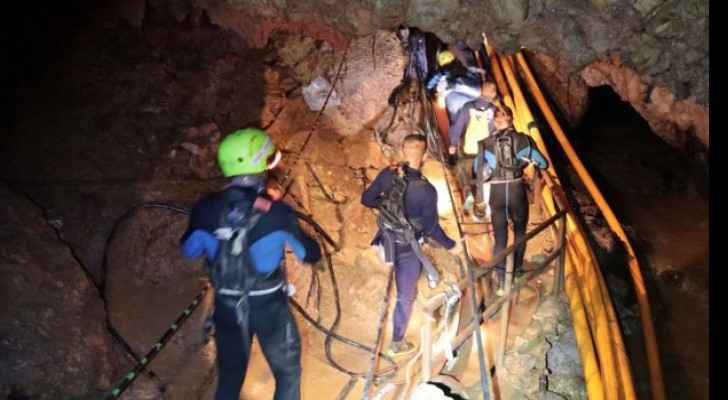 The third phase of the high-risk rescue operation for the boys and their coach trapped in a cave in Thailand began Tuesday, with a diving team of 19 people, along with a doctor and three navy seals. Four boys were rescued on Sunday while an additional four emerged on Monday.

The four remaining boys trapped inside the cave along with their coach should all be evacuated on Tuesday, mission commander Narongsak Osotthanakorn told reporters.

“I hope all four kids, the coach, the doctor and three seals will be all out today," Osotthanakorn said.
According to the head of the rescue mission the plan is based on bringing out four people each day, as it takes about twenty hours to reset all of the oxygen tanks used inside the cave during the rescues, so they might not be able to rescue all five of those remaining inside on Tuesday.

The boys and their coach became stranded when they went exploring inside the cave after a practice game, while floods blocked off their way and prevented rescuers from finding them for almost ten days.