Israeli Minister storms Al-Aqsa Mosque with a group of settlers

Israeli Minister storms Al-Aqsa Mosque with a group of settlers 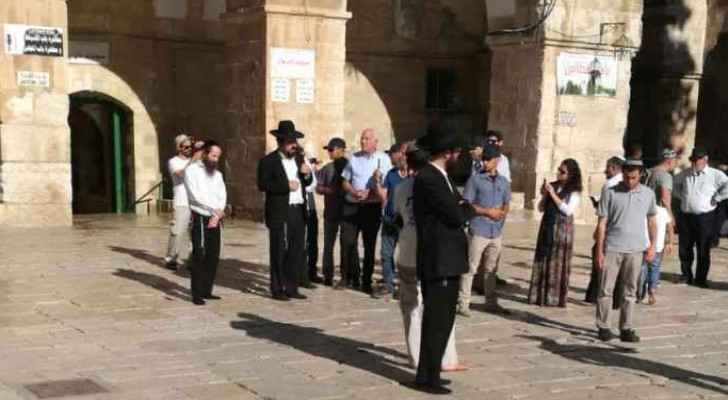 Accompanied with a group of Israeli settlers, Ariel is the first Israeli official to visit the Holy site of Al Haram Al Sharif in the occupied city of Jerusalem since the Israeli Prime Minister, Benjamin Netanyahu, declared a pull-down on the restrictions associated with tours of this nature, earlier this month.

Previous visits of Israeli politicians or government representatives to the Mosque have infused major conflicts, and often clashes, with personnel of the Jerusalem Islamic Waqf and members from the Muslim community.

General Director of the Islamic Awqaf and al-Aqsa Affairs, Sheikh Azzam Al-Khatib, denounced the provocative behavior. Adding that the Minister entered into the Mosque through Al-Magharebah Gate with a group of extremist settlers in Talmudic clothing .