JBA members during their meeting with Minister of Industry, Trade and Supply 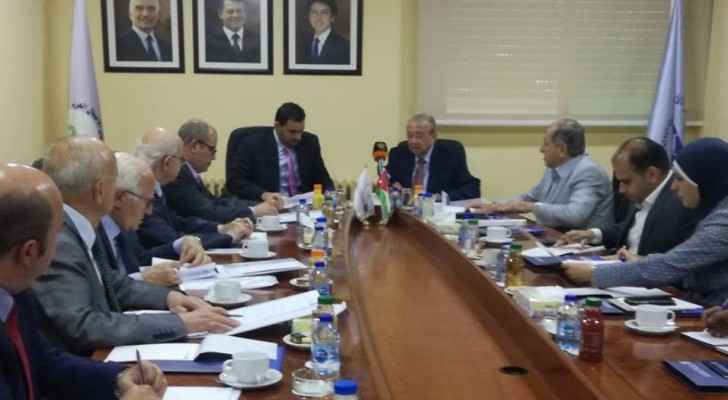 In the meeting, which was also attended by association members, Hammouri praised JBA’s networking efforts in several sectors in the Kingdom and abroad, adding that the ministry relies on JBA’s experience in developing a national strategy that tackles economic challenges.

He added that the government looks at the association as a source of support to the economic, trade and investment sectors in the country. Hammouri also stressed that the challenges facing the economy are no easier than the ones faced by most developing countries working their way to achieve growth and stability.

On JBA’s behalf, Tabbaa stressed that, in spite of the current difficulties, Jordan is capable of developing strategies and local programs that would help in overcoming the Kingdom’s financial deficits and in building a stronger economy that would ultimately benefit its citizens, provided that these strategies remain flexible and subject to review and follow-up.

Tabbaa added that the concept of a strategic plan should be based on cooperative interaction between the public, private sector and civil sectors, and that an effective dialogue is vital for reaching an agreement on the objectives, steps, mechanisms and policies required.