Ministers of Finance and State met with political parties on Saturday. 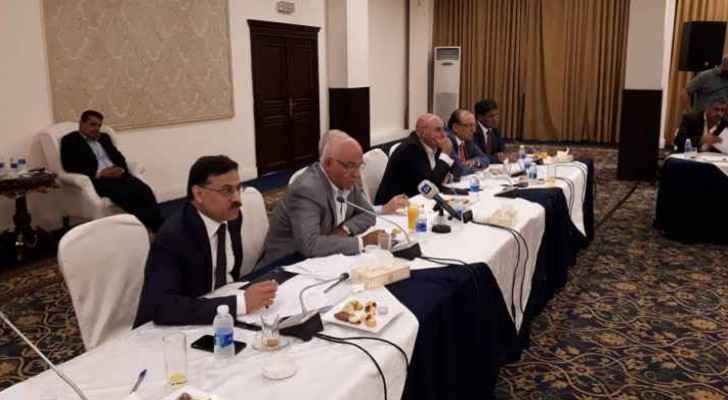 Jordanian Deputy Prime Minister and Minister of State, Rajai Muasher, asserted that the Cabinet does “not have an Income Tax Bill (ITB) to present or discuss”, in a meeting with leaders and representatives of political parties held in the Amman Hall on Saturday morning.

During the meeting, which was held to address the bill, Muasher acknowledged that “We are all complaining about the income tax burden,” adding that until now, the government has not come up with a definitive estimate of the size of tax evasion.

Kanakriyeh went further to state that 70 percent of the budget was spent on retirement pensions, adding that two billion dinars were dispersed for aid, healthcare, and subsidies.

On the other hand, political parties presented the ministers with a list of proposals based on research concerning income taxation.

They insisted that the government should devise short term plans to boost economic growth, emphasising that wealth distribution was among the key components needed to achieve social justice.