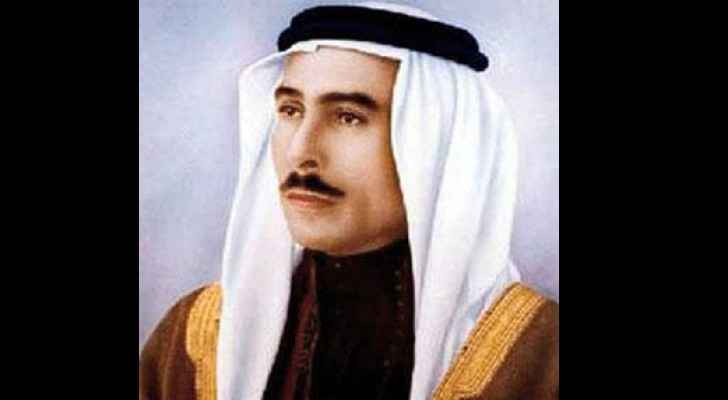 Today marks the 47th anniversary of the death of His Majesty King Talal Bin Abdullah, father of His Majesty the late King Hussein and Their Royal Highnesses Prince Mohammad, Prince Hassan and Princess Basma.

Under the reign of King Talal, the Kingdom adopted a novel constitution and declared itself part of the Arab nation, in addition to concluding important agreements.

His Majesty, who was born in Mecca in 1909, fought alongside the Arab Army Forces to defend Palestine in battles in Jerusalem, Ramallah, among other towns.
In 1929, King Talal became the first Jordanian officer to graduate from the British Military Academy, Sandhurst.

In 1948, while the great Arab nation had just emerged from the Palestinian exodus, also known as the “Catastrophe”, His Majesty’s efforts in strengthening the bonds of cooperation and coordination between members of the nation had a great and positive impact.

Many of the late King’s decisions were first of its kind in the Arab world, moving Jordan towards a better future. One such move was making education compulsory and free; a decision that significantly influenced the country’s development.

Talal died in Istanbul on 7 July 1972 and was buried in the Royal Mausoleum at the Raghadan Palace in Amman.