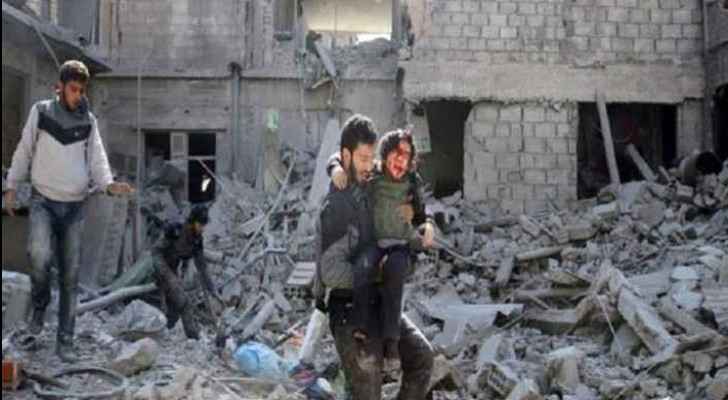 A new round of negotiation kicked off on Tuesday between Syrian rebels and Russian officers to reach a peace deal in southern Syria, under which the rebels would hand over weapons and allow Russian military to enter rebel-held towns, a rebel spokesperson reported.

The rebels had carried to the negotiating table their “response to a list of Russian demands that include the handing over of weapons and settling the status of rebels in a deal that ends the fighting. Today they are carrying their response to the terms presented by the Russian officers ,” Ibrahim Al Jabawi said.

The Russian demands, handed to rebels earlier on Saturday, had prompted a walkout by the rebels, who said the terms amounted to a humiliating surrender. The opposition team was then persuaded by Jordan to go back to the negotiating table.
Jordan worked behind the scenes to spare more bloodshed and destruction to a region whose future stability is crucial to the kingdom’s own security.

Jordan has been facilitating talks between the rebels and the Russians which they hope will end the fighting and restore state sovereignty. Opposition negotiators had held meetings with Russia to try to reach a deal for all of the Daraa province, and demanded that the Russian military police play a role in peacekeeping, while asking Jordan to act as a guarantor to a deal.