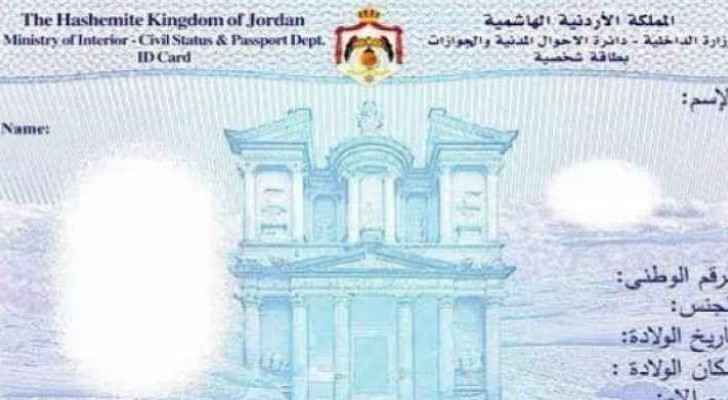 Your old National ID is no longer valid, however, Head of the Civil Status and Passports Department (CSPD), Fawwaz Al Shahwan, told roya on Tuesday that the Jordanian citizens who have not yet issued their Smart ID will not be fined for it, for the time being.

Al Shahwan stressed that the rumor claiming that citizens will be fined for not updating their old IDs is untrue. However, the official confirmed that Jordanians over the age of 18 who have never issued a National ID before will be fined JD 10.

Meanwhile, Al Shahwan said that Jordanians living abroad will still be able to get their new IDs when visiting the kingdom, adding that there is no time limit to how long they have to replace their old National IDs.

The official told Roya that CSPD stations will be added to border crossings to ease the process of issuing Smart IDs.

On Sunday, the CSPD cautioned citizens that the Council of Ministers’ decision prohibiting the use of the old IDs as valid identification in all public and private institutions after 30 June, 2018 is still in effect.