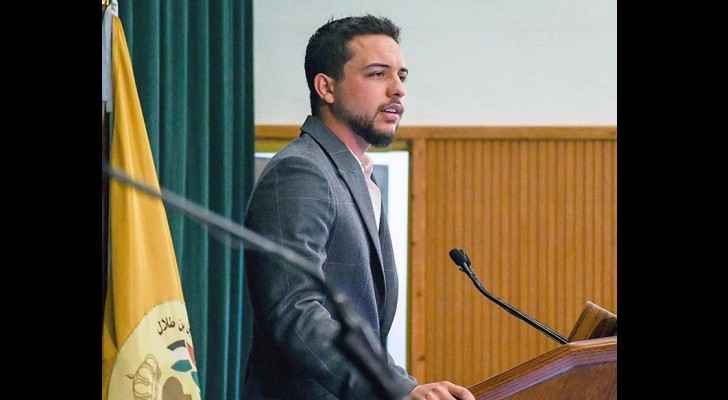 Earlier today, the Royal Hashemite Court (RHC) announced on Twitter that His Royal Highness delivered a speech to students at the University in which he said he is proud to be in "the city that received the vanguard of the Great Arab Revolt and witnessed major milestones in our Jordan’s history.”

"I am happy to meet with you today. I know the amount of challenges that have started to weigh on your shoulders even before you graduate. And I understand those conflicting emotions you are currently experiencing: a mixture of happiness, enthusiasm and anxiety." His Royal Highness then added that history stands witness to Jordanians’ unmatched resolve, and that "humility is good, but not when it comes to our potential and aspirations for our Jordan.”

The young royal also spoke about youth and their role in advancing Jordan “It is your turn, now, to build, and contribute to Jordan’s prosperity and progress, but in your own way, and with the tools of your age, since every generation has its own identity, opportunities, and challenges.”

Unemployed youth in Ma'an refuse to ....