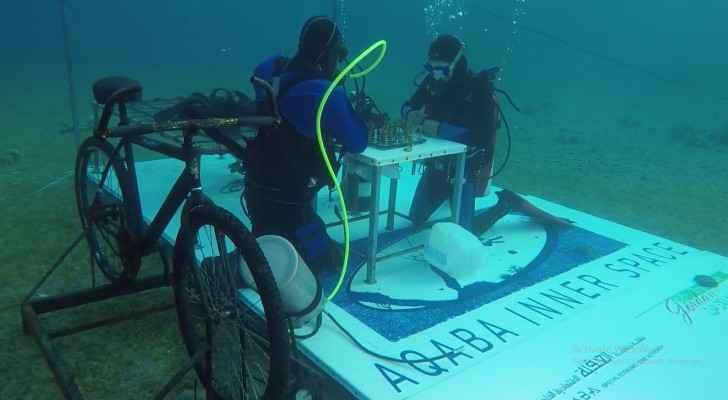 The 31-year-old thrill-seeker maintained his body temperature by cycling underwater and killed time by playing chess.

A team of divers took turns in accompanying him and monitored his vital signs to ensure his safety.

According to the organizers, the event puts Aqaba on the map for people interested in diving and boosts its attractiveness as a tourist destination.

This isn’t the first time Nassrat pulls off such a stunt. Just three months ago, in March, he stayed underwater for 24 hours. After his success, he was interviewed by Roya TV’s Donya Ya Donya where he stated “Eating and drinking are the hardest thing when you're underwater, and that is what  I was traning on the longest."

Nassrat is set to attempt a far more daring feat later in October. In it, he will aim to break the Guinness World Record on the longest open-water scuba dive, which currently stands at almost 143 hours.

The previous 6-day record was set by Turkish Cem Karabay, in July 2016; the Jordanian will attempt to outmatch that by over one hour.

Rescue Diver Hareth al-Jbour moments before he died in the ....