PM Omar Razzaz during the meeting. 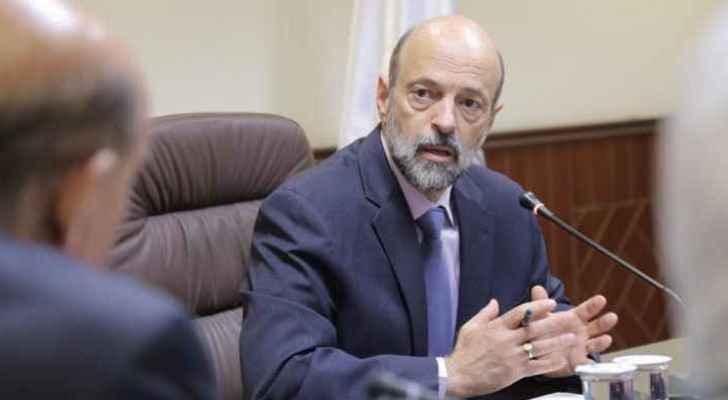 PM Omar Razzaz stressed that, in accordance with his letter of designation, his government needs to establish a comprehensive national renaissance project focused on implementing economic and political reforms.

Razzaz indicated that a code of conduct for the ministers would be drafted and disclosed to the public for feedback as soon as it was completed.

His remarks came during the meeting with the the Chairperson of the Integrity and Anti-Corruption Committee (JIACC) Mohammad Allaf on Sunday, where he highlighted the role of the committee in enhancing integrity, justice and the rule of law.

Razzaz expressed the government’s support for the JIACC, while noting that with this visit, the government hoped to gain observations and receive recommendations to help establish clear standards for an anti-corruption mechanism.

On his part, Allaf, welcomed the visit as an opportunity to establish practical mechanisms to combat corruption and battle the negative misconceptions the public held towards the committee.

He stressed on the importance to protect citizens from the spread of false information and toughen the penalty on those who disrupt the investigation of corruption-related cases under any pretext.

He emphasised that every government agency would be obliged to provide easy access to information to citizens and implement transparent procedures promoting accessibility. The Prime Minister pointed out that transparency needs to be accompanied with active dialogue between decisions makers and all stakeholders in society.