Jordanian Minister of State for Media Affairs, Jumana Ghunaimat during the meeting. 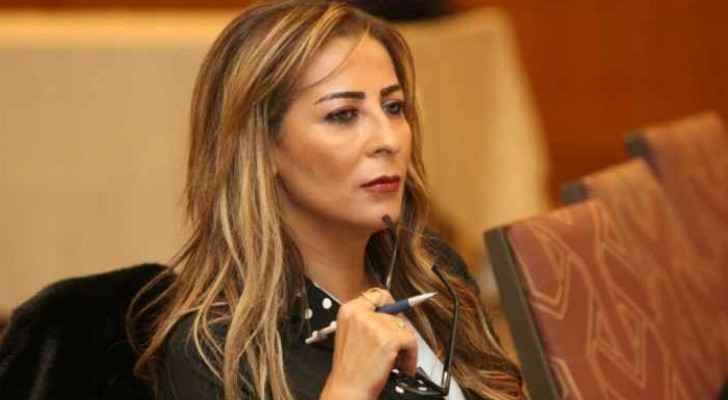 The Media ministers of member states of the Coalition for Supporting the Legitimacy in Yemen met in Saudi Arabia on Saturday to discuss ways to strengthen media channels and ways to coordinate and develop information plans capable of supporting the government’s legitimacy while countering hostile media.

During the meeting, which was held in Jeddah, steering committees were established to ensure the strengthening of the discourse in support of Yemeni media professionals.

The conference stressed the need to combat terrorism and activate efforts to confront the al-Houthi militia, which is used by Iran to threaten the stability of the region.

Saudi Minister of Information, Awad bin Saleh al-Awwad, stressed the importance of the Coalition’s support for the legitimacy of Yemen in all economic, security, relief service and infrastructure development projects as well as military operations.

Awaad noted that the media support for the Coalition includes the support of all traditional and modern media channels in both content quality and adherence to ethical norms.

He continued: “You are aware of what media stations hostile to the coalition countries and the legitimate government in Yemen are doing to falsify, deceive, fabricate stories, propagate rumors, broadcast distorted information, influence minds and emotions, and downgrade the success of the Yemeni army and coalition forces in diplomatic and other fields.”

Al-Awwad pointed out that the Coalition’s support, which helped recover and liberate more than 85 percent of Yemeni territory, has not been limited to military operations, but has extended to other economic, security, relief and service aspects, infrastructure development projects, paving roads, rehabilitating ports and increasing their capacity.

On the other hand, Jumana Ghunaimat expressed Jordan’s gratitude and appreciation to Saudi Arabia and its efforts in this region and called for activating the Arab coordination network to unite efforts to combat terrorism. According to her this “requires all of us to recognize the important and effective role of public information in our fight against terrorism.”

"Jordan calls for a political solution that mitigates the human suffering of the brotherly Yemeni people on the basis of the Gulf initiative and the Yemeni National Dialogue Conference," the Minister of State for Media Affairs added.