Russia coach: We are ready to halt Salah

Mohamed Salah tipped to start for Egypt against Russia 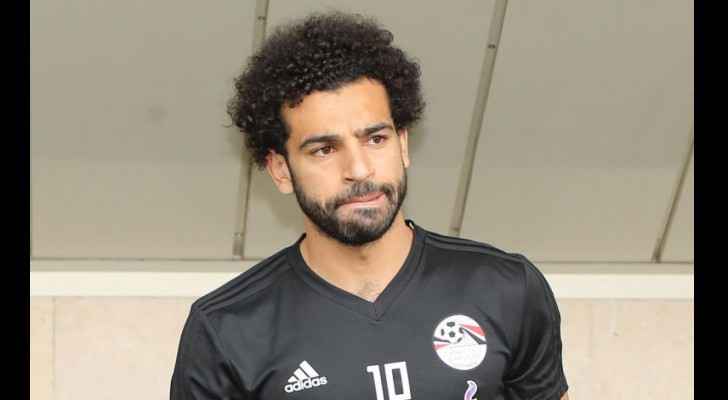 Salah has the perfect chance to start Egypt’s World Cup party and put Russia’s on hold when he returns for a crucial match today, Egypt needs his mercurial talent and scoring touch, for defeat will end Egypt’s World Cup outright if Uruguay beats Saudi Arabia on Wednesday.

Mohamed Salah, the Premier League’s player of the season, is still recovering from a shoulder injury playing for Liverpool in last month’s Champions League final. Thus he was an unused substitute in Egypt’s first group game at the World Cup which ended 1 - 0 for Russia

Salah showed signs of discomfort with his injured left shoulder and didn’t appear to be moving his shoulder fully during upper-body exercises on Monday. Moments earlier, Salah took part in light jogging around the St. Petersburg Stadium field and ran at the back of the group, with one coach gently nudging his left shoulder as the striker dribbled with a ball.

“I am sure he will be fit to play,” Egypt coach, Hector Cuper, said on Monday. “In the previous match against Uruguay, we thought he was fit ... we always carry out a last physical test before we announce the lineup.” Cuper added.

Salah's name has been creeping into conversations often since Russia's 5-0 thumping of Saudi Arabia in the tournament curtain raiser. But Cherchesov said he was not particularly concerned.

"We know how to play against him," the Russian coach said. "We are ready to stop Salah and we will.” Adding that "the level he will be playing at is only known by Salah and his coach but we have a mission and we will accomplish it."

Russia's veteran goalkeeper Igor Akinfeev said he would rather focus on winning than any particular opposing player. "Would I prefer to see Salah play or not? I do not even know how to respond," said Akinfeev. "I would prefer to see my team win."