Amr Diab will be holding a concert in St. Petersburg on Monday, 18 June. (Facebook) 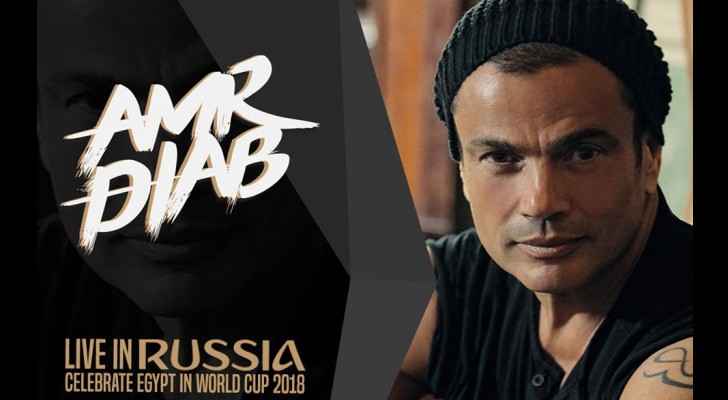 The Russia FIFA World Cup is just a few days away and Arab football fans are thrilled to see Egyptian footballer Mohamed Salah in the tournament.

Egypt will be going head-to-head with Uruguay on the second day of the games, and to celebrate his country qualifying for the World Cup, Egyptian superstar Amr Diab will be holding a concert in St. Petersburg on Monday, 18 June.

The Egyptian team made it to the World Cup after 28 years of absence, which explains why the concert is going under the tagline “Egypt celebrates the World Cup.”

Diab will sing “El Farha El Leila” (Tonight’s Happiness) at his concert, a song which he especially wrote after news broke out that Egypt would be entering the World Cup this year.

England will be playing against Tunisia on the day of the concert, and the match will be screened at the concert venue, according to Scoop Empire.

Egypt will play again on Tuesday, 19 June - this time against Russia - and transportation to the stadium where the game is taking place will be available to Diab’s concertgoers.

Check out the TicketsMarche website for more details about the concert.