Israel orders the evacuation of houses in Northern Jericho

The affected villagers were notified of the demolition order on Saturday. (Roya) 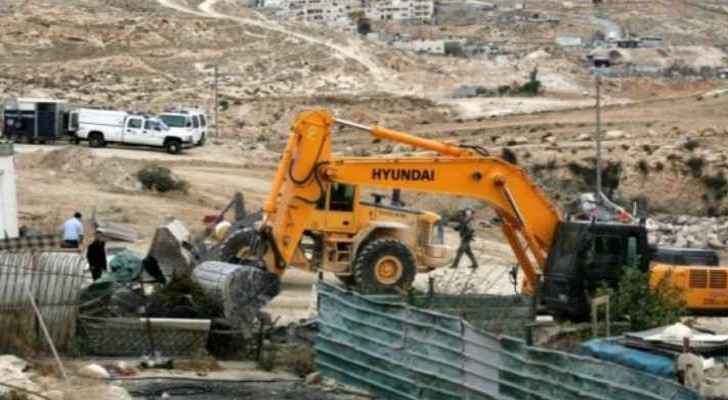 The forced expulsion comes as part of Israel’s ongoing policy of excavations, causing further displacement of Palestinians, who are left homeless as a result, and accordingly, facilitating additional unauthorized settlement outposts.

The affected villagers were notified of the demolition order on Saturday, as reported by Ma’an News Agency.

In response, the Governor of Jericho, Majed Al Fetyani, said in a statement that Israel’s policy of deportation intends to evacuate the Jordan valley of its indigenous residents.

Al Fetyani further commended the resistance of Palestinians who stand tall against such harassments, while confirming that the Palestinian Authority will exert all efforts in providing necessary support to the Palestinians, in order to stay in these targeted areas.