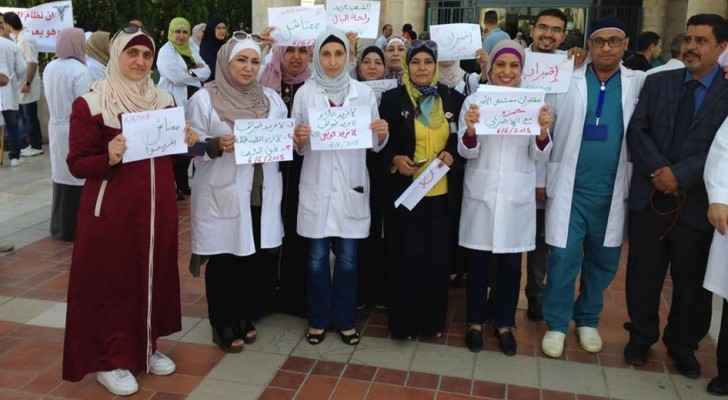 Public hospitals, including university hospitals, have joined the organized strike against the Income Tax Bill for a second Wednesday after Jordan’s Union Council agreed to uphold the strike even after the Cabinet resigned on Monday.

Doctors, nurses and hospital staff responded to Jordan Medical Association and suspended their work on Wednesday morning. The strike was endorsed by numerous associations including doctors, lawyers and engineers.

Jordan Nurses and Midwives Council (JNMC) asserted ahead of the protest that it would protect its members and take legal measures against employers who prevent nurses “through words or actions” from participating in the nationwide protests.

The council encouraged nurses to express their rejection of governmental policies, especially the Income Tax Bill, with the caveat they did so “within their workplace.”

Hospitals, pharmacies and medical centers in the port city of Aqaba also maintained the strike and refrained from serving the public until 1 p.m. on Wedensday. I participated in Jordan's June 6 strike. We don't have any [money]