Jordanians protest until the early hours of Sunday morning

Hundreds of protesters turned up to the Fourth Circle in Amman on Sunday. (Roya) 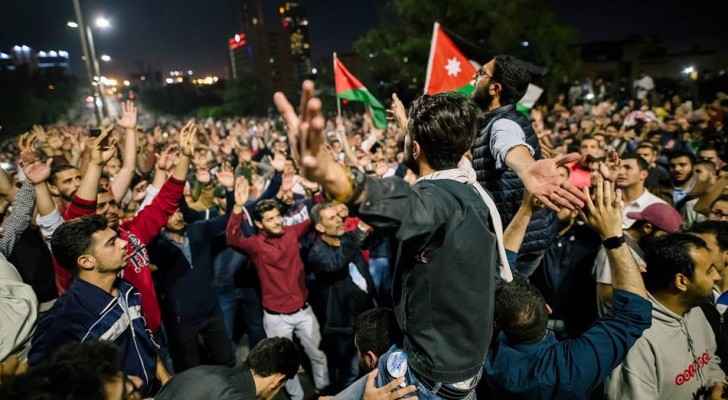 Hundreds of Jordanians took to the streets near the Fourth Circle in the capital Amman once again on Saturday evening, protesting peacefully, yet passionately, for their rights. Together as one, the protesters chanted anti-Mulki phrases and even sang about their living conditions and corruption, in addition to singing several patriotic songs as well.

Meanwhile, as a gesture of goodwill, police officers handed out free water to all the protesters. Other protests took place on the same night in other parts of the country, including the Governorates of Irbid, Karak and Ma’an.

The protests erupted after Jordan witnessed on Wednesday a cross-sector strike rejecting the government’s recent Income Tax Bill and other economic measures.

Following major protests across the country, which included burning tyres, His Majesty King Abdullah II ordered the government not to raise the prices of fuel and electricity for the month of June.