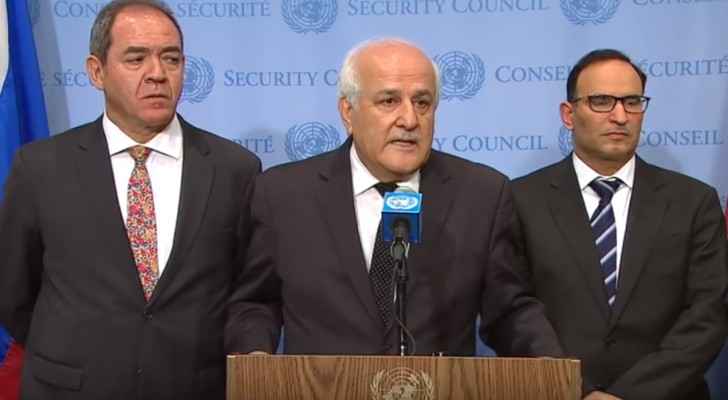 The US has vetoed a UN resolution that condemns Israel’s use of force against Palestinians and calls for the protection of civilians in the Gaza Strip and the West Bank.

Even though 10 out of the 15 UN Security Council member states voted in favour of the Kuwait-backed resolution and four abstained, the US came in to shield Israel by calling the resolution a “grossly one sided view of the conflict.”

Palestinian Ambassador to the UN, Riyad Mansour, pointed out that Council’s state of paralysis was due to “the recurrent negative and biased position of one permanent member,” thanking the countries that voted in favour of the resolution.

“We deplore the use of the veto to continue shielding israel from censure and accountability for its crimes against our people and wrongly preventing the council from its chartered duty.” Mansour added.

He also called for legal steps to be taken that would lift the blockade on Gaza.

After rejecting the resolution the US proposed another resolution, which was unanimously rejected.

In his address to the press after the meeting, Mansour pointed to the draft proposal by the US saying:

“I don’t believe that there was in the history of the UN in which a country to submit a draft resolution and not to receive except one single vote, the vote of the party that did submit the draft resolution. If that is not the apex of complete failure I want you to tell me what is failure in the security council.”

Over 120 Palestinians have been killed since the beginning of the Great Return March in the end of March, including children, women, journalists and medical staff.

Despite the heavy toll, UN Ambassador to the UN, Nikki Haley has continued to praise Israel for its “restraint” in dealing with the protesters.