Jordanians prevented from protesting outside the Prime Ministry 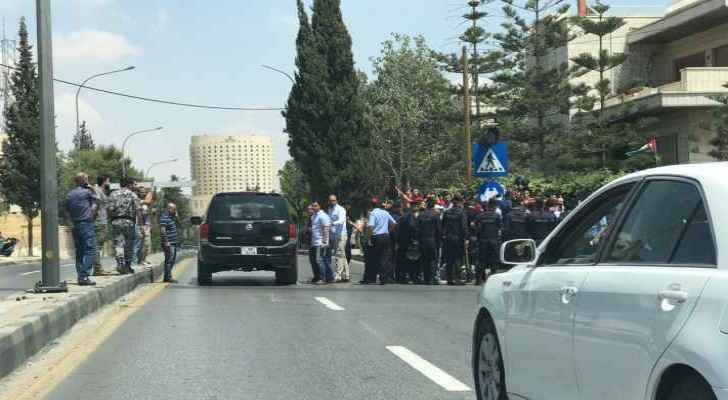 Hundreds of Jordanians continued to protest against the government’s decision to uphold the new Income Tax Bill on Friday.

Security forces prevented dozens of protesters from reaching the Prime Ministry on the Fourth Circle in Amman following Friday prayers.

Eyewitnesses told Roya that the security forces informed them that they were “prohibited” from protesting outside the Prime Ministry, as per the directions of the Governor of Amman, Khaled Abu Zeid.

Other protests kicked off in other parts of the country as well, with Jordanians demanding the overthrowing of Prime Minister Hani Mulki’s government.

On Thursday, Jordanians all over the kingdom were infuriated after the government announced a 5 percent increase in fuel prices. They had also announced that electricity prices would go up for the month of June as well.

Following major protests across the country on Thursday night, which included burning tyres, His Majesty King Abdullah II ordered the government not to raise the prices of fuel and electricity for this month.