The remains of a mortar shell that struck the yard of a kindergarten in the Eshkol. (The Times of Israel) 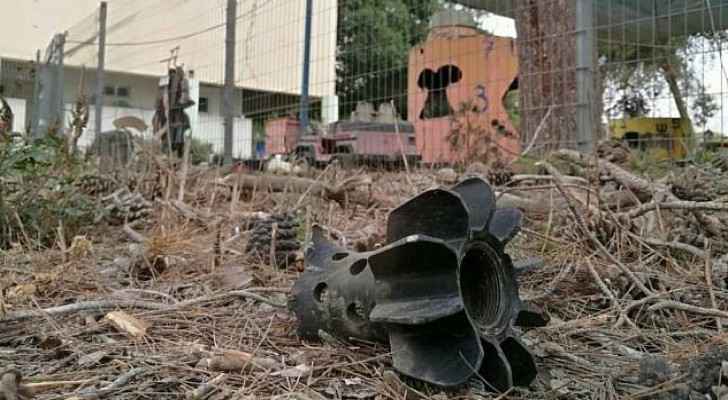 The Gaza Strip fired three barrages of mortars, consisting of at least 28 projectiles in total, at towns in southern Israel early Tuesday morning. According to The Jerusalem Post, this is “the largest attack on Israeli border communities since the conclusion of Operation Protective Edge in 2014.”

The IDF’s Dome anti-missile shield intercepted the projectiles and shot them down, while sirens sounded in the area to warn residents to find shelter.

A statement released by the Israeli military said: “A barrage of 25 mortar shells were launched toward several sites in Israeli territory. Most of the launches were intercepted by the IDF’s (Israel Defense Forces) Iron Dome aerial defense system.”

No injuries have been reported, despite the mortars falling over at least two Israeli communities bordering Gaza.

The attack comes after Israeli tank fire killed a Hamas fighter at a frontier outpost on Monday. On the same day, Israeli soldiers chased after and caught two Gazan militants who tried to cross the border into Israel, Reuters reported.

Tensions have been running high across the Gaza-Israeli border after weeks of violent clashes between the two sides, which saw 116 Palestinians killed by Israeli gunfire for peacefully protesting during the “Great Return March” by the border fence.