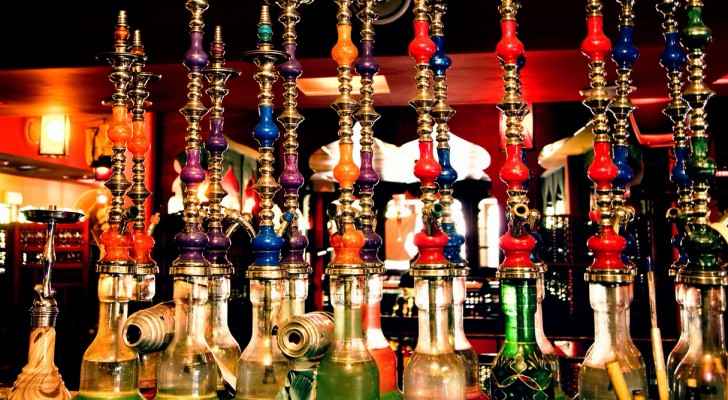 Sixty businesses were fined by the municipality this week for promoting cigarettes and shisha over the internet and on social media, according to a GAM official.

Businesses that violated the law were fined between JD 500 and JD 1000, Mervat Al Mhirat, city deputy manager for health and agricultural affairs at GAM told The Jordan Times on Saturday. Mhirat said that the two laws being violated are the Public Health Law which prohibits marketing of tobacco products on one hand, and the Cyber Crimes Law which criminalises using the Internet to commit any offence that violates an existing law on the other.

“Selling tobacco products or offering shisha in shops and cafes must be licensed and in line with the municipality’s regulations which include putting products out of display or reach, as well as not offering them to individuals under the age of 18,” the GAM official said, stressing that “children and teenagers can easily become victims of online sellers.”

The official added that “we are targeting the online promotions because their impact is more powerful and reaches out to a wider audience compared to the on-location promotions.”

Businesses aren’t the only guilty party in this equation. Mhirat noted that individuals guilty of promoting tobacco products online “should be held accountable too,” in accordance with the Cyber Crime Law. However, she said that “we could monitor the violating websites, but it is more difficult to monitor the posts on social media, which are of even greater influence.”

A 2010 report issued by the Department of Statistics (DoS) revealed that 61 percent of Jordanian families include cigarette smoking members.

In 2016, Jordanians spent JD 602 million on tobacco, according to a DoS report. Via The Jordan Times

Jordan does not apply a public smoking ban like some countries do in the West, including the UK. It is a huge problem for many of the country’s non-smokers, who have to put up with the bitter smell of cigarettes and suffer the negative health effects of passive smoking.

Health Specialist Othman Abbadi warned of the effects of passive smoking, telling The Jordan Times that second-hand smokers are at risk from “one-fifth to one-third of the effects suffered by regular smokers.”

Abbadi added that “Smoking cigarettes and shisha puts people at risk of a shorter life as the average life expectancy of regular smokers is five years less than non-smokers."

“It is not only about the number of years lived but also about their quality, as smoking increases the risks of several diseases and various types of cancers, not only heart and lungs as generally thought.” Via Province of Manitoba

And for those who think smoking shisha is less harmful than smoking cigarettes, Abbadi stressed that shisha is equally as harmful as cigarettes, if not more.

“People are inhaling coal and carbon dioxide when they smoke shisha, which is harmful for their bodies,” he said.

GAM has received a grant from Bloomberg Philanthropies to implement a project which would transform Amman into a “healthy and smoking-free” city.