Yarmouk Camp was liberated on Monday. 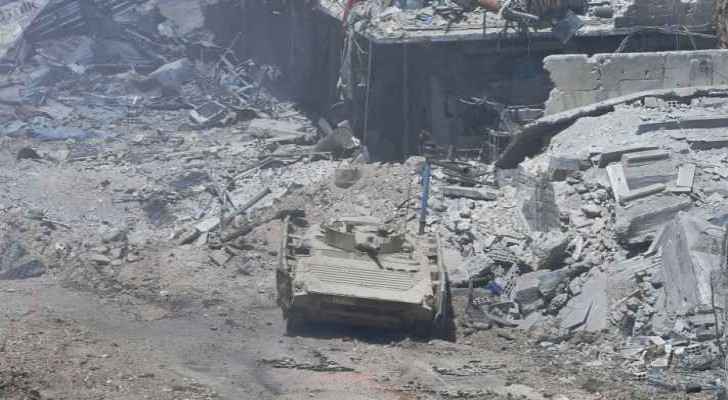 The Syrian Army has taken control over the the Palestinian refugee camp of Yarmouk, south of Damascus, a security source told the Russian Sputnik on Monday.

"The Syrian Army has liberated the Yarmouk camp south of Damascus and hoisted the Syrian flag there," the source said.

The camp is inhabited by 18,000 people and this will be the first time it enters government control since the conflict broke out in 2011.

ISIS fighters and their families departed the camp and headed toward the Syrian Desert via busses on Sunday midnight, the Syrian Observatory for Human Rights reported on Monday, adding that the evacuation had happened in complete secrecy and “away from the Syrian regime’s media.”

The observatory also claimed that in the southern part of Damascus, still under ISIS control, has been the source of rising smoke caused by the burning of vehicles.

Men break in and damage Yarmouk ....