Salt residents blame government for their inability to shop pre-Ramadan

Jordanians shopping at a market in Salt city. (Roya) 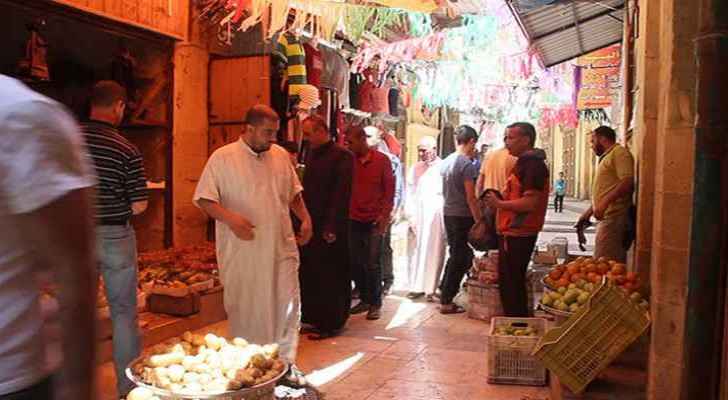 Ramadan eve is usually a very busy time for food markets in Jordan, however, that wasn’t the case this year for the famous Al Hamam Market in Salt city.

“It is the government’s fault,” one citizen in Salt told Roya.

The man said that on the first Friday of Ramadan, the market looked almost like a ghost town, noting that it is the government’s fault for not releasing employees’ salaries before the beginning of the holy month.

Ramadan began on Thursday, 17 May, this year.

Al Hamam Market is the go-to destination for the residents of Salt, but barely anyone shopped there on Friday, according to the shopkeepers there, who said that it’s due to the increase in commodities’ prices and employees having no money to buy things.

Spice shop owner Khaled Al Nabelsi told Roya that his store saw a much bigger turnout on the first day of Ramadan last year, where “citizens actually came in large numbers to buy walnuts and other ingredients required for making Ramadan desserts.”

In fact, even the city’s most popular qatayef and Ramadan juice shops saw a very low turnout after Friday prayers.

Did you notice a lower turnout at your local food market at the beginning of Ramadan this year? Let us know in the comments box below.