Abbas opposes the ‘American settlement outpost’ with a strike

Institutions and businesses closed across Palestine on Tuesday. 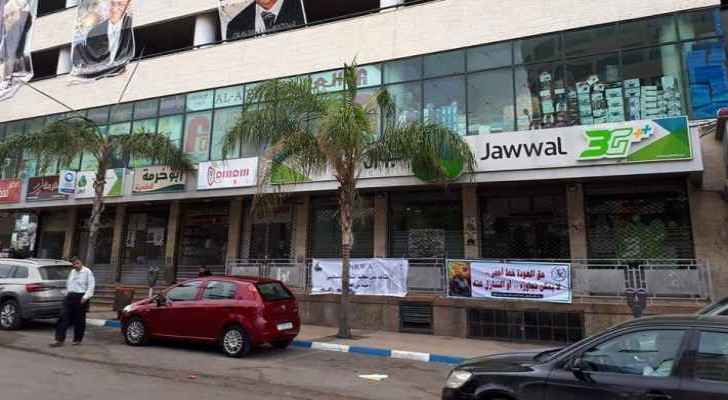 Institutions and businesses across the Palestinian territories responded to President Mahmoud Abbas’s declaration for a three day mourning and a general strike on Tuesday, mourning the lives of the over 50 Palestinians killed by Israeli forces near the Gaza borders on the day the US held an opening ceremony of its embassy in Jerusalem.

The strike coincides with the Nakbeh Day which has been a day of mourning since 1948, when more than 700,000 Palestinians were expelled from their homeland.

Institutions such as schools and universities, unions and banks and privately owned business all committed to the strike and on Tuesday morning closed their shutters in protest.

Abbas announced the mourning period during a meeting of his political party held in Ramallah on Monday. "Today was one of the most violent days," the president stated and condemned the level of cruelty Israel inflicted on the Palestinian people, WAFA news agency reported.

He asserted that the US decision was “an American slap” and that the country was no longer an arbiter in the conflict, stressing that Palestinians will only accept a multilateral track for negotiations through an international peace conference.

He insisted that the the peaceful popular resistance will persist despite the large number of casualties until Palestine was established as an independent state.

Since the beginning of the Great Return March, more than 100 Palestinians have been gunned down near the Gaza borders, among them are journalists, paramedics children.