Donald Trump and Emmanuel Macron (on the left) 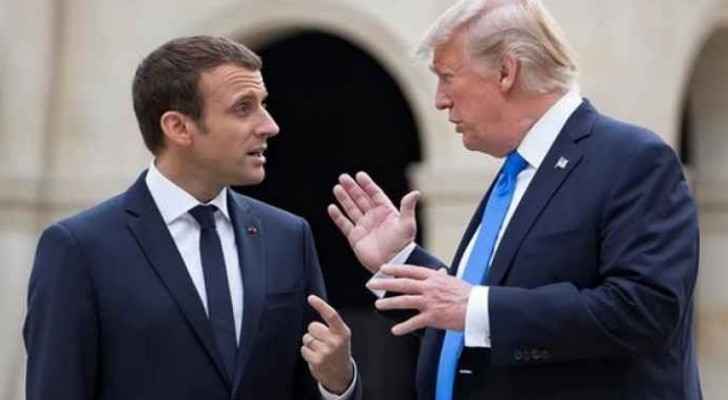 French President Emmanuel Macron called on Sunday US President Donald Trump to talk about the “current challenges in the Middle East,” showing his concern regarding the stability of the region, according to a statement by the Elysee Palace.

France and its European allies announced they will stay committed to the nuclear agreement with Iran, despite Trump’s announcement the US does not intend to stay a party to the deal.

Tehran assured it will keep its responsibilities as long as European companies continued to do business with Iran.

Negotiations between Europe and the US are expected to be strained as the latter is threatening to impose sanctions on all the companies that have commercial ties with Iran.

The sanctions were opposed by Europe and the French president expressed a resolute stance to maintain the Iran deal. “It’s no longer possible to let others decide on our behalf,” Macron commented.

The Iranian Foreign Minister Mohammad Javad Zarif started a diplomatic tour to the countries remaining in the nuclear agreement. So far, Zarif visited Beijing and Moscow and he is planned to meet foreign ministers and and EU officials in Brussels on Tuesday.

An escalation erupted immediately after Trump’s announcement to pull out of the agreement with Iran; Israeli forces targeted on Thursday what they claimed to be Iranian sites in Syria, after accusing Iran of launching rockets at the Golan Heights.